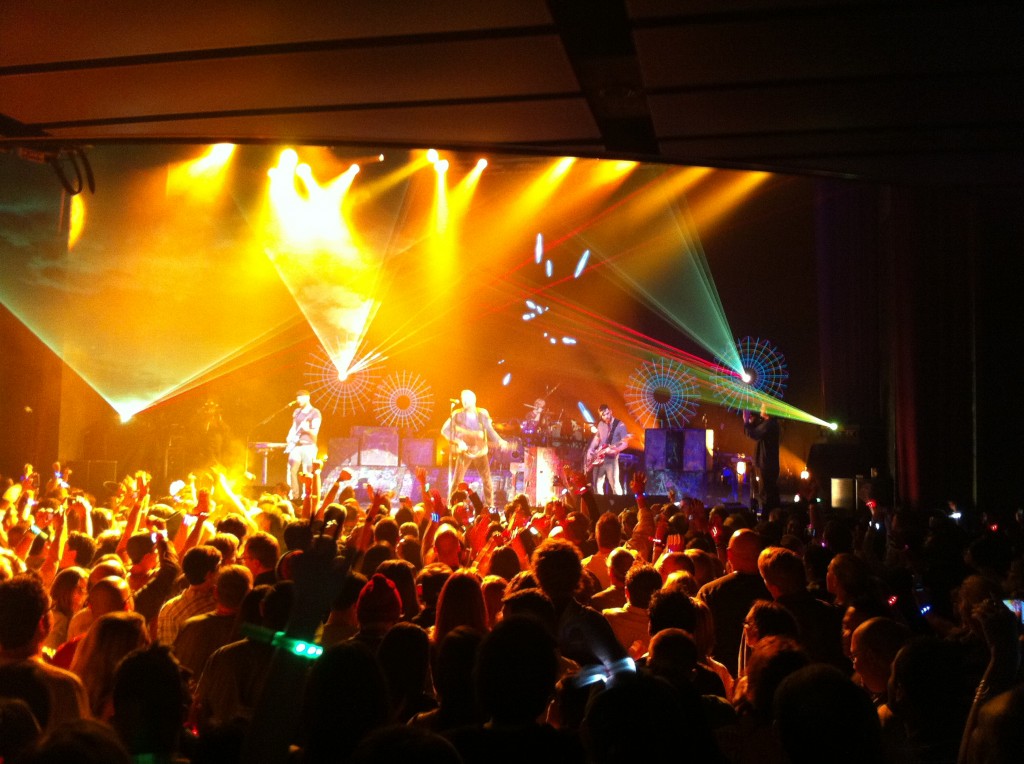 It’s been a couple days now after the great concert with Coldplay at The Club Nokia, and I just looked at the videos that we took. I Still cannot believe that I was actually there!! We got there pretty early so we were among the first to get into the venue. Our tickets were amazing thanks to Annika, who’s by the way, the best at getting good deals on events:)

A couple hours later the band entered the stage and it got electric!! Less than 2000 were able to get tickets to this smaller venue and it was really intimate, but at the same time it felt Grand, you know!

It was without a doubt the best concert i’ve ever been to and I’m so happy that I got a lot of the memories recorded on video. And even better, YOU get to see ’em too!