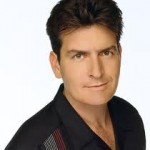 He’s all over the news and really in between crossfire from people who’s pissed at him and the others who loves him.

He really got his PR agent on his neck when he wanted to quit.  Charlie’s answer; “NO! YOU are FIRED! ” classic..

Tonight he got the chance to again speak up for himself. 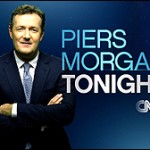 “We are the sum of all of our experiences both good or bad, win lose or draw. I don’t think I would trade any of it because I am still alive which is pretty cool.” Charlie Sheen’s answer after being asked if he regrets his drug use on CNN’s Piers Morgan’s program Monday Night.

Earlier today his behavior was on display in a taped interview with Good Morning America.  Sheen said,  “the last time i took drugs–I probably took more than anybody could survive.  I was banging 7 gram rocks and finishing ’em because that’s how I roll because I have one speed, I have one gear, go.”

I don’t think he’s doing any more of that, but I can’t wait to see what’s next in this story;)