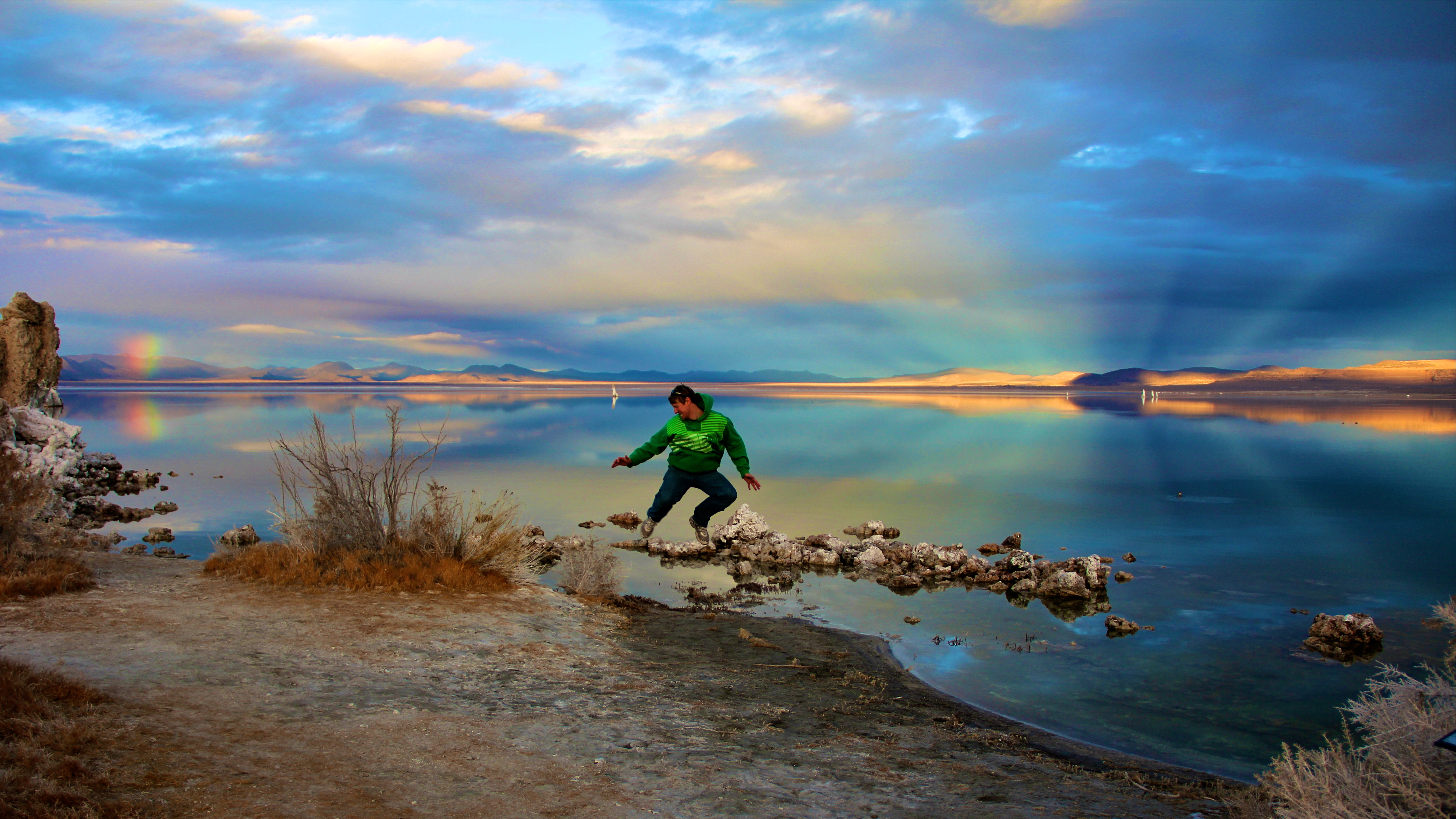 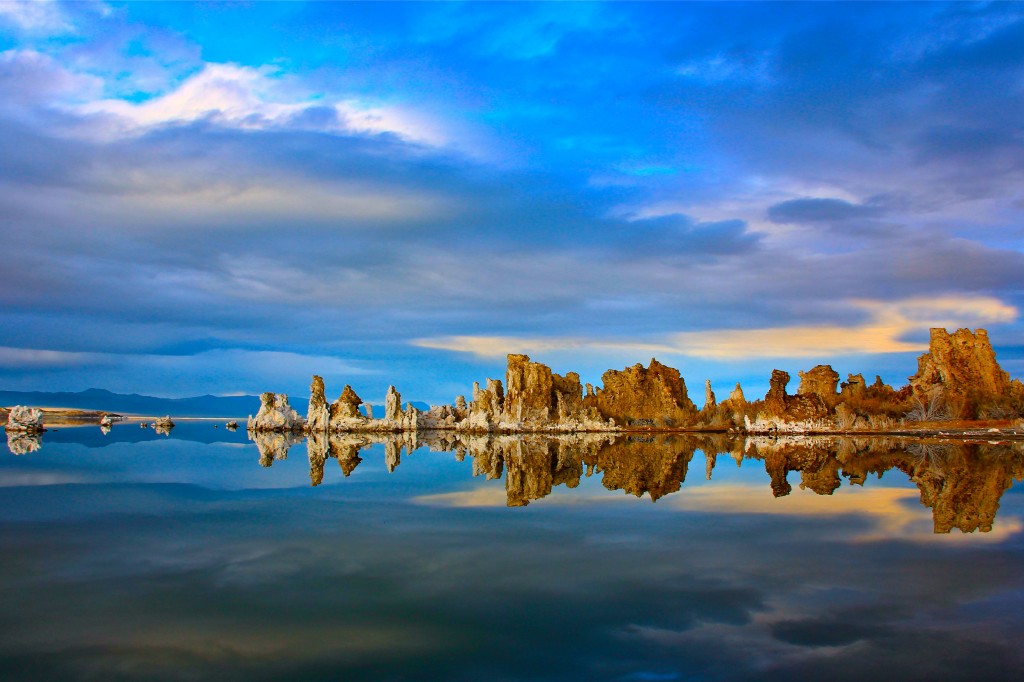 Mother nature created Mono Lake almost a million years ago. It’s one of the oldest lakes in the North America and I strongly recommend a trip there if you’re in the neighborhood. Both of my trips has been at sunset. First was probably the most spectacular when the conditions were Amazing. On my second trip this last weekend the conditions were a little different but still amazing:) 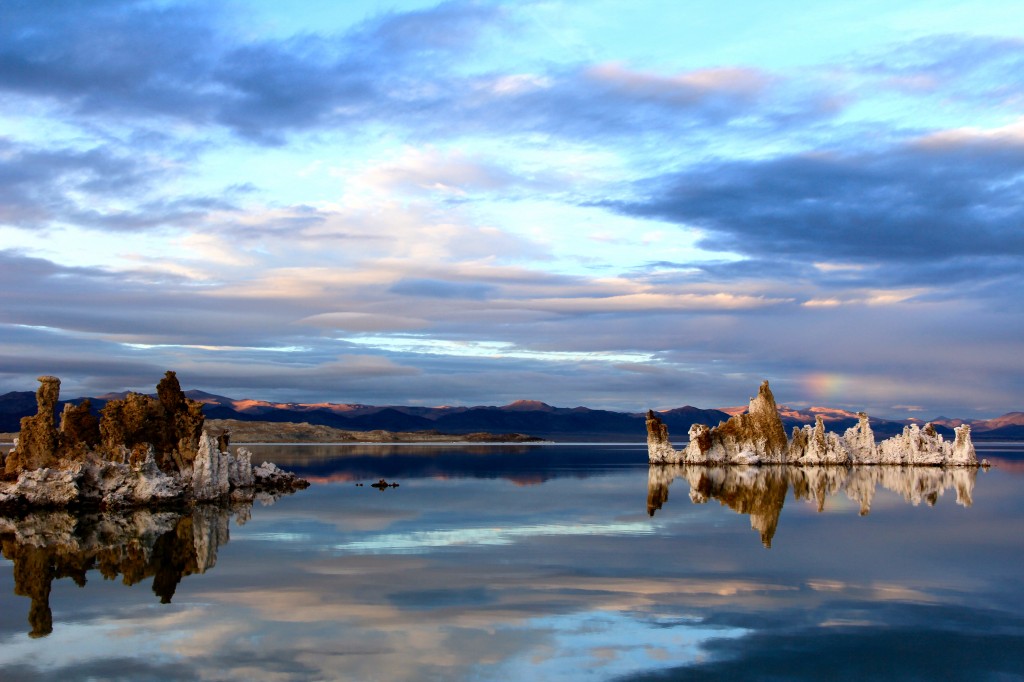 Five streams provided Mono Lake with enough water up until 1941 when Los Angeles Department Of Water & Power ( DWP ) decided that they needed more water. So they diverted four of the five streams for urban water use.
By 1982 the water level at Mono Lake had dropped 45 feet, water had almost doubled its salinity level (99,4 gram salt pr. liter water ) and lost a number of fresh water habitats.
6372 feet above sea level was an all time low for the water level at Mono Lake.

When the water level sunk, the wonderful “Tufa-Towers” made their appearance. They’d been hiding for all those years, and that’s probably the main reason why so many people visit me included:) 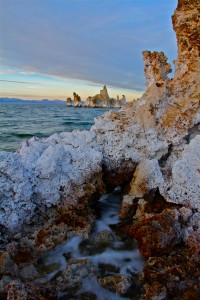 In 1994 The State Water Board modified DWP’s diversion license to ensure protection for Mono Lake and its streams. After that happened the water level has been rising up to todays level of 6384 feet. Their target level is 6391 feet asl and they hope to be up there in 20 years or so. 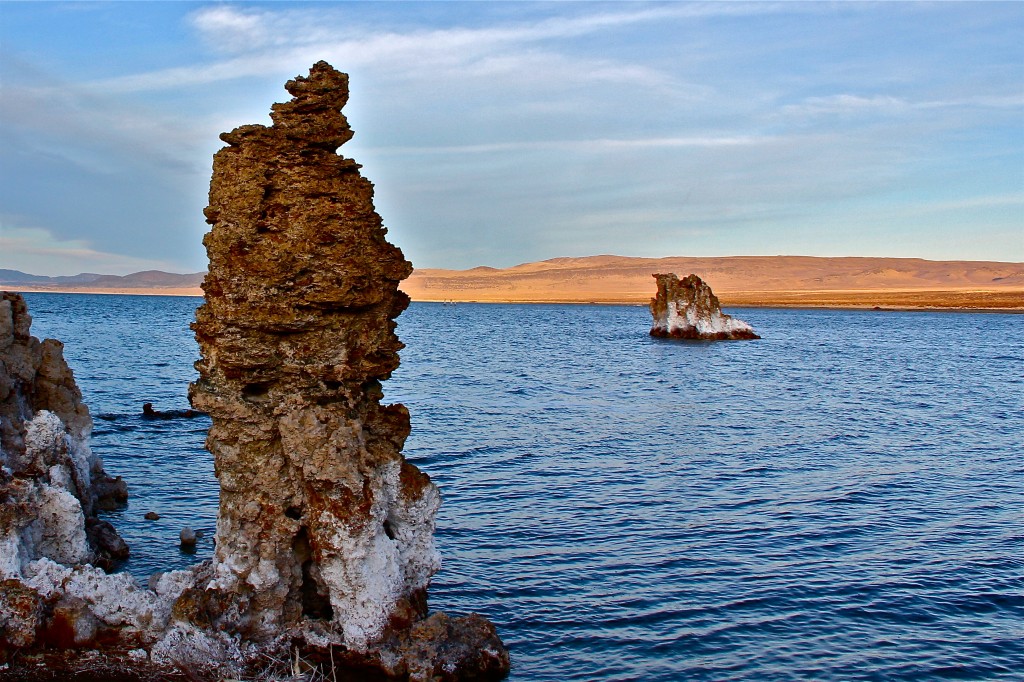 ” Underwater springs rich in calcium (the stuff in your bones) mix with lakewater rich in carbonates (the stuff in baking soda). As the calcium comes in contact with carbonates in the lake, a chemical reaction occurs resulting in calcium carbonate–limestone. The calcium carbonate precipitates (settles out of solution as a solid) around the spring, and over the course of decades to centuries, a tufa tower will grow. Tufa towers grow exclusively underwater, and some grow to heights of over 30 feet ” ( www.monolake.org )

How to get there? Look on map below:)