When I first started dreaming about Brazil, I was only a little boy watching the World Cup in Football and saw these incredible players doing magic on the field. After being inspired by their national sport, reading, watching movies and looking at pictures from Brazil I was determined to travel there..and I never regretted my decision.
My first meeting with Brazil was when I was crossing the border coming from Argentina. Traveling through the mountains by bus was the not a bad idea because I got to see a lot of the green countryside. It’s probably the longest bus ride I’ve had in my life.
About 28 hours, but who cares when the destination is Rio!

Rio De Janeiro “River of January” got its name back in the days when the Portuguese came  through The Gates Of Water. They thought they where entering a huge river. Therefore RIO, because it means River, and because it happened  in January they simply called it Rio De Janeiro. The reality is that it is not big river, but a huge bay that connects to the Atlantic Ocean.

Traveling alone to a country whose language I didn’t speak gave me some challenges but what can you do. ( I know, learn it!  ) But after some help from a travelers guide and some friendly co passengers from the bus I ended up where I wanted. COPACABANA!! Omg, I was so exited that I just threw all of my belongings into the room and went straight to the beach that I’d dreamed about for so long.
And, it didn’t let me down. Mile after mile with white sand – covered  with women AND men in tiny swimsuits. I stuck  to my board shorts..it never crossed my mind to get into a speedo.
Exploring Rio is not something you do without being well prepared.  The city is one of the most dangerous cities in the World if you walk down the wrong alley or into a Favela. But you could also get into trouble on an open street in the middle of the day. I know this might sound strange to you but don’t walk around like a “tourist” with expensive stuff visible on you. That’s asking for trouble.
But calm down, because that shouldn’t be a problem when the temperatures rises up to 45-50 degrees Celsius and all you want to wear is a tiny bathing suit. 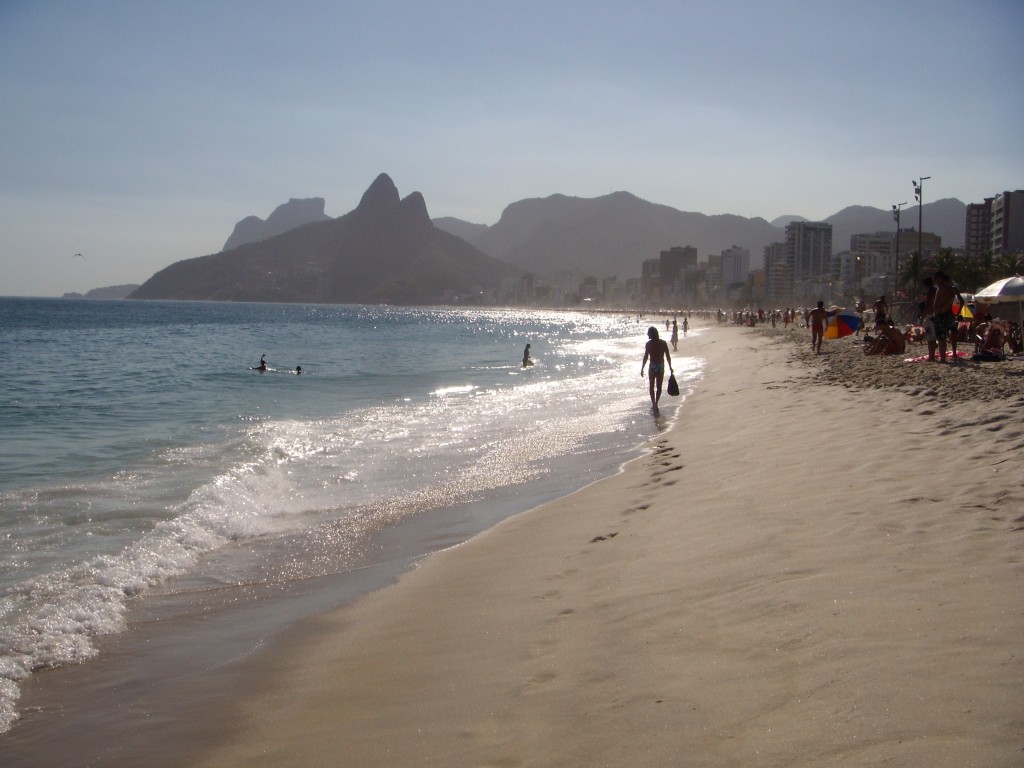 Rio is on my top three list is because of what this city has to offer: It’s got the rain forest, mountains, the city and the beaches in one whole package. You probably been asked this question, ” What do you want?” And your answer might be: “I want it all!” Well, here you have it. It exists, Whoohoo!!