Getting around in Rio is not to complicated or expensive.  The city has a great  Metro system and the public buses aren’t to bad.  Taxis don’t cost a fortune and considering it’s safe too, this is probably the best way of getting around. But I don’t think it’s  the most rewarding experience. I traveled with tons of baggage using public transport and had only good experiences. 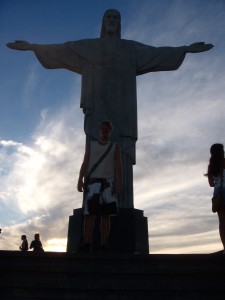 Here’s a list over what you should consider doing while you’re in Rio.
The Christ Statue: A landmark and once you’re up there you get a very good view over Rio.
Maracana Football Stadium: Had the largest capacity in the world until they decided to put in seats. Watch a game there and you’ll never forget it. Even if the game is boring, you’re gonna have a blast just listening to the singing fans. 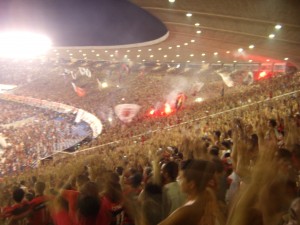 Lapa: Party on the street with the locals or go to some of the great clubs/ bars that’s in the area. A great way of having fun and getting an exercise at the same time. Hell of a workout shakin your booty while dancing samba all night long.
Hiking in the Rain forest: The forest which is literally on your doorstep offers a great experience with lots of different animal species to look at.
Capacabana: Longest and most famous beach among foreigners. Lots of festivals and competitions here. Watch the locals play football here and you’ll understand why Brazil is top three on the world rankings. 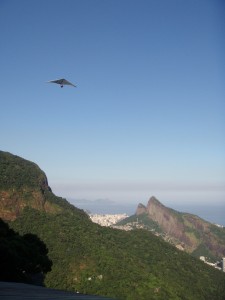 Hang gliding:  One of  my all time highlights. The Pedra Bonita take off ramp is located inside the famous Tijuca National Park,the largest urban rainforest in the world. It is considered to be the best spot for tandem flights in Brazil and I can guarantee  that you won’t be disappointed. Taking off from an altitude of 520 meters (1675 feet), flying over the the amazing Tijuca’s National Park mountains together with the birds gives you almost a new meaning of life. It was like having a bouncing ball on the loos inside of me. Being calm and almost freaking out at the same time gave me lots of adrenaline. So when we landed on The Pepino beach some tears of joy found their way out. Flying over rain forest with trees, mountains, the city and to land on the beach is something else:)

Sugar loaf: Another land mark and a great peak to look around. 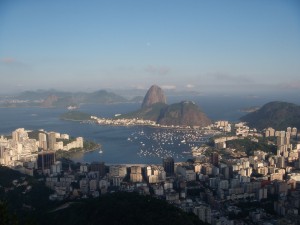 Ipanema: Almost linked together with Copacabana this beach is a little safer and more tourist friendly. But not overcrowded with tourists, because Brazilians love going to the beach.
Surfing: Everybody that’s interested in surfing knows that Brazil has some of the best surfers in the world. Outside of Rio you’ll find numerous spots, so just bring your board.
Caipirinha: After doing all that you can kick back and enjoy Brazil’s national drink, Caipirinha:) 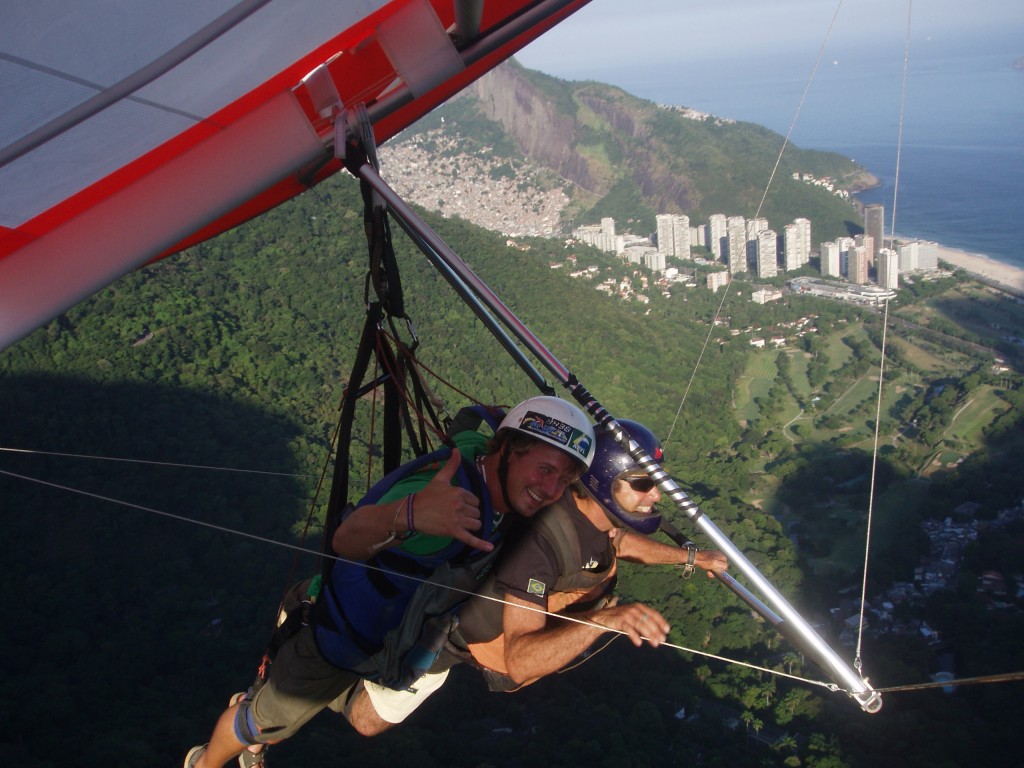