Skip to content
Posted by Harald Vaagan on November 2, 2010 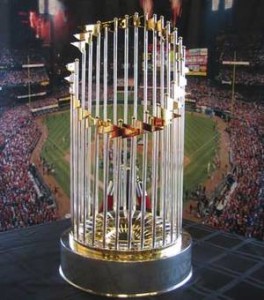 After waiting for 52 Years The Giants got their victory and could proudly bring The Commissioner’s Trophy to San Francisco.  Texas has absolutely no tradition for winning The World Series since they never have gotten this far before and two previous American Presidents in the stands wasn’t enough to help Texas winning the game on Monday. Giants won that game 0-4. And in the last game in Texas, The Giants could win it all at the Rangers Ballpark. And  they didn’t let the fans down winning the game 1-3!